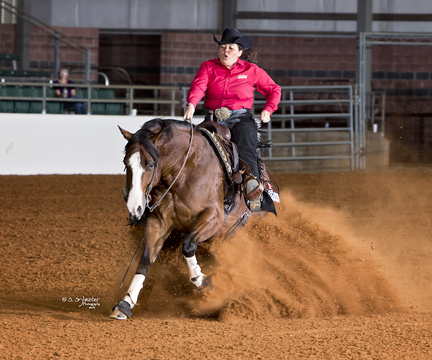 GET BACK TO THE BASICS…..If you want to put versatility with a ton of cow in your program, don’t pass this mare up….by Hall of Fame and $3.8 million sire, NU CASH out of a daughter of REMINIC, million dollar sire in reining, cutting and cowhorse, she is the real deal.

This versatile mare has been shown in cowhorse, ranch riding and versatility...and although she hasn’t been ridden in a while but she is sound enough for your grand kids to ride around!  Cruise her on the ranch while you wait for her to produce your next champion!

NU CASH CASSIDY sells in foal to MAXIMUM METALLIC CAT with a 2021 breeding back to him!!! MAXX is the newest addition to our show and breeding program, by none other than METALLIC CAT, a $30 million sire and out of LA FEMME NIKITA, LTE $122,000+.  He will be making his show ring debut at the 2020 AQHA World Show in both Jr Cutting and Jr Heeling!